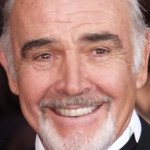 Sean Connery retired in 2005, and nothing – not even the combined might of Steven Spielberg, George Lucas, and Harrison Ford can change his mind. Connery had the following to stay when asked about appearing in Indy 4….

“I get asked the question so often, I thought it best to make an announcement,” the 76-year-old actor said. “I thought long and hard about it, and if anything could have pulled me out of retirement, it would have been an Indiana Jones film. I love working with [director] Steven [Spielberg] and [producer] George [Lucas], and it goes without saying that it is an honor to have Harrison [Ford] as my son. But in the end, retirement is just too damned much fun.”

Connery, who played Indy’s dad in 1989’s Indiana Jones and the Last Crusade, retired from acting in 2005. He had this advice for Ford, who turns 65 in July and whom he referred to as “junior”: “Demand that the critters be digital, the cliffs be low and for goodness sake keep that whip by your side at all times in case you need to escape from the stunt coordinator! This is a remarkable cast, and I can only say, ‘Break a leg, everyone.’ I’ll see you on May 22, 2008, at the theater!”