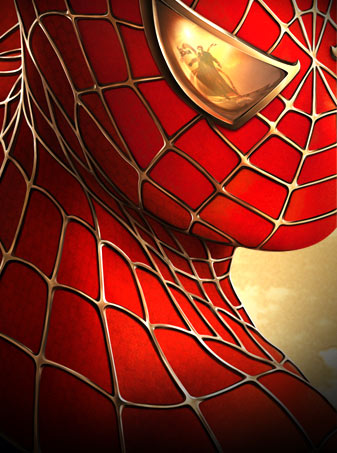 Spider-Man fans may have a lot more to be thankful for this year, as director Sam Raimi has hinted around that you may not be seeing the last of him.  Apparently Raimi isn’t yet done with the infamous web-slinging Spider-Man & is toying with the idea of a fourth movie, provided that we’re all still interested, and I will hazard a yes on that one.

Raimi reveals, “I love Spider-Man and I love working with Kirsten (Dunst), Tobey, James (Franco)…I have to make sure that when I’m done with this picture (Spider-Man 3). I’m really still fascinated with the character (before signing on for another).

“At this moment I’m fascinated with him.”

But director Raimi says he just couldn’t do a fourth installment without Tobey Maguire, saying, “I’d rather not… I couldn’t imagine it.”

Yes, we couldn’t imagine it either.  And I’ll wager that Tobey & his back problems will ask for a very pretty penny if it came to that.

You tell me- Are you game for a fourth Spider-Man movie installment?