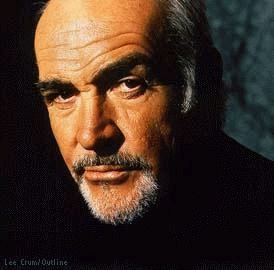 76-year-old veteran actor Sean Connery is seeking to make a come-back as James Bond’s father in the next 007 movie.

Connery has been “resting” since his role in the film, The League of Extraordinary Gentlemen, but would jump at the chance to play Bond’s father, if the producers can afford him that is.

“If there was a good part in a Bond film, I’d certainly look at it.

“I would never return as James Bond. If the part was well written, I could come back as Bond’s father but it would cost them. It would definitely cost them.”

Connery says the reason he backed out of the Bond movies was due to the overuse of spy gadgets, and his disappointing salary.

Connery states, “I was getting disenchanted. Apart from the payment, which was puerile, they were bringing in a lit of science fiction stuff, like the poisonous shoe in From Russia with Love.

“They had all these gizmos, which today are commonplace, that I didn’t mind, but when you get into the nuclear stuff…”

Well, I for one wouldn’t mind seeing Connery as Bond’s father, what about you?