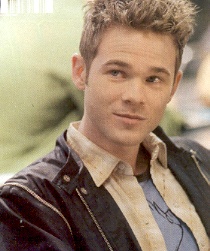 Shawn Ashmore is set to appear in the new horror movie The Ruins, which is based on the Scott Smith novel of the same title. There is a growing interest in this movie and its actors, particularly Ashmore who is more well known in his role as the ice generating mutant Bobby Drake AKA Iceman.

Ashmore has declared that he has fallen in love with his role as Bobby Drake especially with the last movie, where Iceman’s full powers are revealed. This is also the movie where his full-on ice mode was first seen. He said that he would love to appear in another X-men movie but with the producers getting more focused in making the various X-men spin-offs and origin plots, he said that any chance of making a fourth installment to the successful X-men franchise is going to be far-fetched at the moment. Despite the reality that there is only a very slim chance that another X-men movie is going to be in the near futre, Ashmore said that he still hasn’t given up hope.