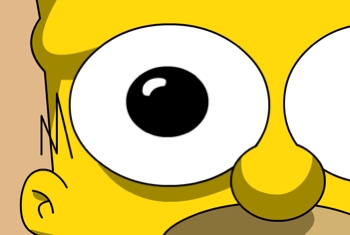 Springfield, Oregon is one of several cities lining up to host this summer’s release of The Simpsons movie.  The city officials have checked ‘yes’ to an invitation from 20th Century Fox to compete for being the host of the premiere screening of creator Matt Groening’s cartoon film.

You know, if you ask me, Oregon should have it in the bag since that’s where Groening was actually born & raised.  But I suppose I’m not an official Fox publicist.

But Gwyne Ortiz is an official Fox publicist & has revealed that Fox has asked 16 Springfield cities from Oregon to Massachusetts to participate in the contest.

Fox has said they will pick a winner after reviewing short film entries entered by the communities that will showcase links to the Simpsons who live in their own fictional town of Springfield.  Well, that is kind of a cute idea, now isn’t it?

According to creator Groening, he chose the name ‘Springfield’ for the Simpsons’ home because it was one of the most common city names in the United States.  I’m still going with Oregon.