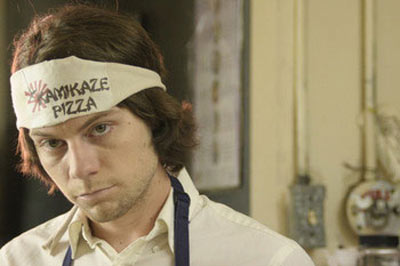 Suicide prevention groups are getting their feathers in a ruffle over the movie Wristcutters: A Love Story’s ads show people killing themselves.

The highly acclaimed indie movie focuses on a group of folks who have killed themselves & take a trip to the beautiful land of purgatory.

Despite the fact that the film has won several awards in the U.S., the director of the American Foundation for Suicide Prevention, Robert Gebbia, doesn’t appear to be a big fan of the movie’s promo ads.

“You don’t see people making fun of other causes of death, but you see it with suicide and mental illness,” Gebbia states in a letter.

Producer Courtney Solomon does not plan on pulling the ads, saying, “The movie’s message is that love is better than suicide.

“Our job is to get people into the theater in a way that’s accessible to them. There are many different ways to skin a cat. God forbid someone was considering committing suicide. This film may change their opinion.”