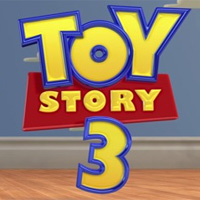 I have nothing against the Toy Story movie franchise. In fact, I’ve even heard people whispering behind my back that I look like Woody. But I do have an issue with Disney’s latest promotion tactic: “Promoted Tweets” – and worse yet – “promoted trending topics.”

It’s the first time I’ve seen this Twitter pay-for play, and I don’t like it one bit.

Currently, a visit to Twitter will show you that “Toy Story 3” is trending. You would think that a decade of anticipation would be enough, but the head honchos at Disney decided to hedge their bets and pay for placement.

Part of Twitter’s societal impact is because it is the ultimate media filter, putting “regular people” in the driver’s seat. By allowing companies to pay for a homepage presence, and appear amongst “free” content, a line is being blurred. It’s unfair to say a topic is trending if no one is talking about it. (Though I’m sure people are talking about tomorrow’s TS3 opening).

Pixar/Disney have also allegedly resorted to a viral video campaign that places the newly created character, Lots-O’-Huggin’ Bear, in a series of 1980’s TV ads. That would be akin to me appearing at the premiere of a Charlie Chaplin movie. The “Bear” ads were uploaded by a user who also posted a series of real 80s products…pretty slick.

New merchandise means new money, and in this department, TS3 is taking no chances. Thirteen new characters are being introduced tomorrow, meet them here.