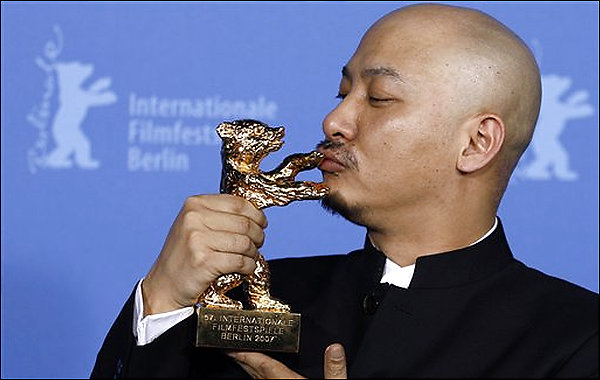 Chinese director Wang Quan’an is already having a good new year as his film, Tuya’s Marriage, was awarded with the Berlin Film Festival’s top award, the Golden Bear.

Quan’an accepted the coveted award Saturday in Berlin for his movie which is set in Inner Mongolia & follows the troubles of a young farming woman. A very thrilled Wang stated, “A very beautiful dream has become reality for me here.

“Perhaps this is the last glance at the herds people of the region. Ultimately they are going to disappear into the cities. I think that it is important, particularly in this time when the economy is booming, to ponder and reflect on what we’re losing.”

Joseph Cedar received the Best Director award for his war drama Beaufort, while Best Actor & Actress awards went to Julio Chavez (The Other) and Nina Hoss for Yella.

Robert De Niro joined in the award winners for his work on The Good Shepherd, which won the award for Outstanding Artistic Contribution.

Well, that makes one person I’ve heard of from the Berlin Film Festival!