Movies are produced around the world on a regular basis. Some are backed by major film networks while the others are done independently by small groups or individuals with minimal budgets. Regardless, they make the movie industry alive and entertain people of all ages.

Statistics from the popular Internet Movie Database (IMDB) shows that among countries active in film productions, India tops the list. The U.S., Japan, China and France follow in the top 5.

Movie fans always look forward to the next film releases whether in their own country or abroad. Fortunately with the internet, they can now easily keep track of upcoming movies via reviews by professional bloggers and critics. Here are some blogs worth following if you want honest reviews without much celebrity worship.

The House Next Door

It’s name may not ring a bell but this film blog is a must-read. Managed by Slant Magazine, the blog offers extensive reviews of films produced by various countries. But other than the movies, the site also shares views on other forms of entertainment including video games.

Slant Magazine is an online publication that provides film reviews as well as news and features covering the entertainment scene (movies, TV, music and theater) including film festivals. In addition, it shares interviews with actors, directors and music artists. 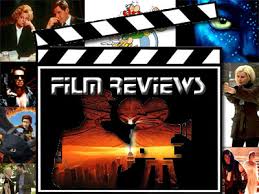 IMDb is a popular go-to site by people looking for fresh news about the entertainment industry specifically movies, TV and celebrities.

This is the blog of film critic and freelance journalist Nick Schager based in New York City. He writes for several sites such as The Village Voice, Time Out New York, Slant Magazine, IFC News, Online Film Critics Society and Rotten Tomatoes.

ComingSoon.net is a great resource as its provides a wide range of information. It covers not only movies but as well as trailers, TV, DVD, news and reviews. It also has the Most Popular page as well as a forum where fans can interact and share information with each other.

The reviews section features movies, blu-ray and DVD. The Most Popular section, meanwhile, displays the movies fans crave for on a weekly basis using CraveOnline’s tool.

For those not just contented with following movie review blogs, they can choose to start a career in the movie industry whether as a writer, blogger or a production staff. Vast resources for writers available online these days which provide valuable information on how to get started.

Freelance writing jobs are also posted on job sites on the internet so be sure to visit them often to find out if there’s one that suits your interest.