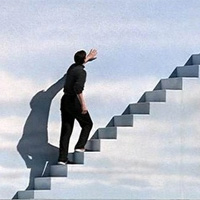 I don’t know about you but I love the beginning of movies. In fact, sometimes I’ll watch just the beginning and then turn the movie off at a certain point (only movies I’ve seen before of course) and imagine that the characters never experience the conflict or turmoil that only real life dishes out.

I like to call the beginning of the movie (or Act 1) the calm before the storm. This act usually serves as an opportunity for the filmmaker to get in the most exposition. This part of the movie establishes characters, relationships, plots, conflicts, and most of all it introduces us to the world in which we’ll reside for the remaining 2+ hours. I love this part because it’s usually before anything goes wrong. Of course there are exceptions where we’re plunged right into the action (Total Recall and The Shawshank Redemption come to mind) but for the most part, our main characters are happy in the beginning. They’re still blissfully ignorant to the s$%! storm coming their way, and that’s just the way I like them.

Let me explain what I mean with a few examples of some of my favorites.

The Truman Show
Truman is so wonderfully unaware of this true predicament at the beginning of the movie that you can’t help but just be happy along with him. Waving to his neighbors, whistling on his way to work, and happily married to his wife, Truman doesn’t really have too many worries, except for a mild fear of the water (based on some foggy memories of seeing his “dad” disappear at sea). I usually watch up until the part where he tries to drive off the island with Meryl in the car because up until then, I kinda wouldn’t mind living Truman’s life.

Say Anything
The opening scenes of their high school graduation set up Lloyd and Diane for a romance most people dream of and few probably truly experience. Lloyd already has it in his head that he’s going to ask out the thought-to-be-unattainable Diane and you can feel the hopefulness and enthusiasm pouring out of him. He gathers up the nerve to call her and ask her to go to an end of the year party with him and, surprisingly she says yes. The subsequent party scene/first date feels really true and we just know that good things are on the horizon for our duo. I usually watch up until the awkward dinner scene where Lloyd gives his “bought, sold, processed” speech and before the whole messy business with Diane’s father ripping off old people comes to a head.

Fatal Attraction
Michael Douglas’s character, Dan Gallagher has a loving family, a successful job, close friends, and a nice apartment in the city. However as we all know, his good times don’t last long as his innocent flirtations with Glen Close’s character Alex (both character and actor have male first names… interesting) quickly come to a boiling point (pun intended). I love the scenes in the beginning showing Dan’s family life because Michael Douglas has a way of making you like him even though you know you shouldn’t. I’ll usually watch up until the scene where he sees Alex struggling in the rain and they decide to go for a drink. I change the channel and I imagine that Dan made the right decision and went home to his wife and daughter to live happily ever after.

How about you? Do you change the channel on some of your favorite movies?