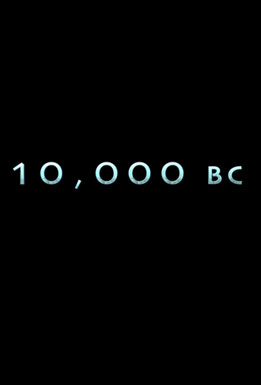 People who love to watch movies because of the action sequences and the visual effects (yes, there is a note of derision there) are quite excited about the new Roland Emmerich movie 10,000 BC. Two trailers have already been released and this is fueling all the excitement. The movie is about a young man who attempts to lead an army to rescue the woman he loves from an evil “warlord” and along the way fulfill his destiny.

With comparisons to Apocalypto, I thought this was going to be an historical epic. I was dead wrong, this may most likely be a pastiche of different genres again. The premise is just too absurd. But I’m withholding further judgement until I see it.

One ray of light though is the gorgeous Camille Belle, who plays the love interest.