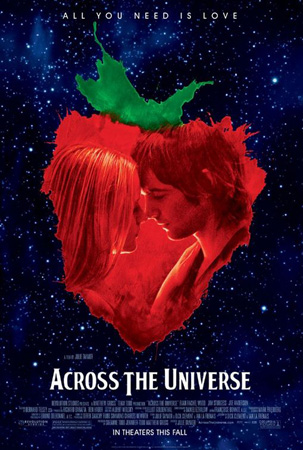 I’ve already aired my apathy for the musical genre, but if there’s one thing above musicals which I detest most of all, it would have to be “arthouse” flicks. The arthouse experience is never a pleasant one, at least not where I live. The only arthouse theater in my area is run my doped-out teenagers who likely can’t remember their own names, let alone the proper showtimes. The screens are about the size of a television I could pick up at Best Buy. Tickets cost around $5 more than even the most ruthless corporate multiplexes. The seats are as sticky as duct tape and reek of what can only be politely described as “fecal matter”. And finally, the audience I’m forced to share such uncomfortably close proximity with usually aren’t there to experience the movie, but rather make their own brand of entertainment, smearing the seats in a bodily fluid far worse than fecal matter.

Indeed, a movie has to really, really appeal to me in order to get me into one of those dilapidated arthouse Hell holes. “Across the Universe” not only drew me there, but was so fantastic I’m considering braving the horrors a second time.

Jude (Jim Sturgess) is a young artist from Liverpool who has just traveled all the way to America. He quickly meets up with a young like-minded man named Max (Joe Anderson) and his sister Lucy (Evan Rachel Wood). Vietnam is in full swing, the country is changing and all three are caught in the middle of it. They seek escape from the turbulence of reality by any means necessary: travel, drugs, sex, music, etc. It doesn’t last, though, as it all comes to a screaming halt when Max is drafted. As the sad reality of America quickly encroaches on their lives, Lucy, Jude and their friends find themselves drifting further and further apart.

“Across the Universe” is a fascinating (if surreal) look at the Vietnam era with a collection of musical numbers that best accentuate the situations. The music is primarily selections from the Beatles library, but other influential songs of the time make it in there as well. My mother, who was a hippy during the period this movie was set, raised my brother and I to develop an appreciation for the music of her youth, though perhaps not exactly a “taste”. The songs, performed by the cast, are placed perfectly throughout the film, taking the emotional impact of each moment in the plot and driving it up to full blast. The musical numbers are accompanied by some very “psychedelic” visuals that range from poignant to just plain bizarre.

I’ve honestly never heard of any of the actors assembled for this film, but they have all the talent and presence of any big name star. Sturgess, Wood and Anderson are of course the headliners of the flick and they never miss a beat. Joe Anderson actually kind of reminded me of a young Denis Leary, in a way. The supporting characters are very good, for the most part. There’s Sadie (Dana Fuchs), a musician struggling with the morality issues of leaving her band to start a solo career with a record label. JoJo (Martin Luther) is her lead guitarist and boyfriend who doesn’t like how fame is changing her one bit. They’re both excellent back-ups, and although their conflicts aren’t in the spotlight quite as much as the main three, you do genuinely care for their outcome. I suppose the only really superfluous supporter was Prudence (T. V. Carpio), a lesbian struggling to come to terms with herself. Though they set her storyline up, they resolve it rather quickly and she’s pretty much removed from the film halfway through. In the end, I felt her presence wasn’t really necessary and could have been dropped in favor of more depth for the other characters.

The movie has several themes running through it, but the one I picked out most prominently had to do with the futility of escapism, be it through drugs, alcohol, apathy…whatever. In the end, the world will always catch up with you, so trying to ignore problems only leads to disaster. At the same time, though, it also tells you to treasure your youth, your friends and all your experiences, because they won’t last forever.

The film starts out very carefree, with the group of friends traveling around, doing drugs, making love and having a great time. The music is very upbeat and showcases the bright side of living in the moment. Then, once Max goes off to war, the atmosphere changes very abruptly. The musical selections become increasingly more somber as each character gradually has their spirit crushed by the weight of the world, and if you’re capable of getting “in” to a movie, you can’t help but share in their sorrow.

I’m one who usually finds “arthouse” flicks to be nothing more than pretentious “Oscar bait”, but “Across the Universe” proved to be much more than that. I can’t remember the last film that allowed me to make such an emotional investment in the characters, or with a soundtrack so good. If you can find a theater in your area that’s playing it, you’d be doing yourself a serious favor by checking it out. Yes, even if it’s a smelly and dank arthouse theater.