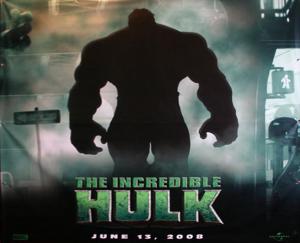 So maybe that’s why actor Edward Norton got theÂ role in The Incredible Hulk film, as Norton actually penned the script.Â  Will we be impressed with his writing talent?Â  I can’t wait to find out, next year!

At the Marvel Studios panel at ComicCon, Norton revealed that he had indeed penned the script, saying, âI came into this and I wrote the screenplay.”

âI was the Marvel kid. I had subscriptions to a lot of the marvel comics. I loved Hulk, the early incarnation of Hulk and than the television show when I was a kid.â

âAnd I always felt like it was one of those great contemporary myths. Itâs almost like out of Greek mythology. This suppression of your inner demon.”