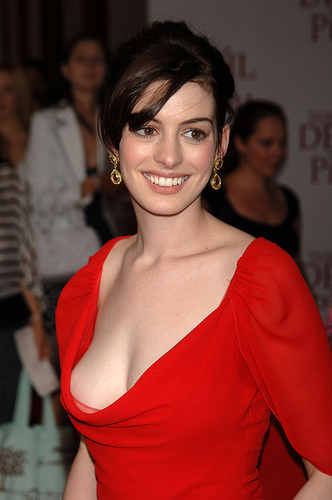 The beautiful and talented (a surprisingly rare combination) Anne Hathaway is slowly pealing away her “princess” image. This year she plays Jane Austen in “Becoming Jane”, and next year we’ll see her first as Agent 99 in the most anticipated movie of 2008 (for me anyway), “Get Smart”.

After that…she’s going to play a coked out model coming out of rehab.

Cinema Blend has the scoop on the film. It’s directed by Jonathon Demme (“Silence of the Lambs”), and is entitled “Dancing with Sheba”. In it, Hathaway plays a former model who has been in an out of rehab for the past 10 years due to her addiction to coke (and not the “a cola” kind). The film is set around her getting out of rehab just in time to go to her sister’s wedding.