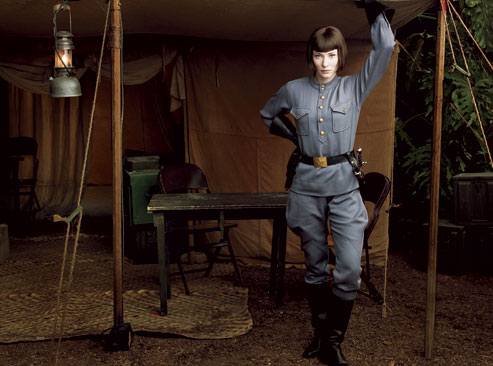 Any news that leaks out for the fourth Indiana Jones movie is something that I eagerly devour. With production for the movie reaching fever pace in time for its eventual release in theaters next year, the producers of the movie are whetting the interest of viewers just a little more in order to heighten anticipation.

Take for example this picture of the divine Cate Blanchett on the set of the movie. Who wouldn’t be intrigued by that pose, that costume or the props used. I wonder what Ms. Blanchett’s role will be, but then whatever her role is, she always does an amazing job.