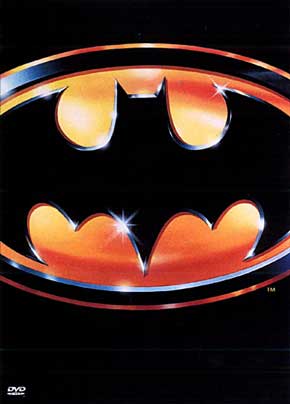 Batman fans owe a lot to Tim Burton’s live action blockbuster film. It returned Batman to his dark and brooding roots in the eyes of the general public (he’d been getting darker in the comics since the 70’s, but the general public doesn’t read comics). It also sparked enough interest in Batman for Bruce Timm and Paul Dini to craft one of the greatest pieces of Batman fiction ever conceived: Batman the Animated Series. As for the film itself, while dated to a degree and despite getting a few Batman fundamentals wrong, Tim Burton’s Batman remains one of the best adaptations of the character out there.

Gotham City is a cesspool of crime and violence. The police department is so overwhelmed and corrupt they can’t even hope to put a dent in all the wrong-doing. However, criminals are a superstitious and cowardly lot, and word has begun to spread among them of a “Batman” who punishes evil-doers. Little do they know, the Batman is really millionare playboy Bruce Wayne (Michael Keaton) who spends his time fighting crime to avenge the death of his parents. While pursuing the gangster Jack Napier (Jack Nicholson) through a chemical plant, Batman unintentionally causes the foe to drop into a vat of acid. Napier survives, though his sanity doesn’t quite make the trip. Scarred horribly and incurably insane, Napier dons the identity of “the Joker” and makes it his unending goal to destroy Batman and Gotham City just for the shear fun of it. Complicating matters is the sudden appearance of news reporter Vicki Vale, who wants to learn the secrets of the Batman. However, the Joker has taken a sick interest in her.

Tim Burton does an unforgettable job capturing the dark, gothic spirit of the Batman comics. Gotham City is a strange fusion of modern technology and 1940’s asthetics, a trait that would be passed down to the Animated Series. Batman is now a creature of the night and the Joker a homicidal madman. A startling shift from what the public was comfortable with, as the last live-action interpretation of Batman was the Adam West series. And, with this being a Tim Burton film, the mandatory Danny Elfman score is all-present. Of all Elfman’s musical accomplishments, the Batman theme remains my favorite to this day. With it being used for a decade in the Batman animated series as well as its subsequent spin-offs, like Justice League, the theme has become synonymous with the character.

Michael Keaton is one of the best actors to portray Batman in any live action outlet, getting the separation between Bruce Wayne and Batman down to perfection. Really, the only other actor who can match Keaton’s skill at the part is Christian Bale, who played the character in the recent franchise reboot, Batman Begins. However, Jack Nicholson really steals the show as the Joker. While at times the “Jack Nicholson”-ness overshadows the fictional character, for the most part, he really embodies the psychotic humor of Batman’s archnemesis to a tee.

Tim Burton’s Batman is not without its faults, I must confess. There are a few fundamental character traits that get left out of the final product, which really betrays the source material. First and foremost, Batman does not kill. Even more, he absolutely will never ever use a gun. During one action sequence, while piloting the Batwing, Batman unleashes a fury of machine gun fire while aiming directly at the Joker’s head. The worst moment of mis-characterization in the entire film. I’m also not a big fan of the Joker’s identity being revealed, as it’s been a carefully guarded mystery in the comics for decades. Still, I suppose it was necessary for the film to flow coherently, but I’m really not fond of how they shoe-horned him into Batman’s origin, as well. Then there’s the bit where Alfred betrays Bruce by revealing his secret to a certain character. These moments don’t ruin the movie, especially if you’re not a reader of the comic, but the fanboy in me just can’t look past them.

Aside from some mis-characterization here and there, Batman is really one of the best comic book films in history. While Batman Begins may be a bit truer to the source material, the original film is just timeless (well, save for the soundtrack by Prince. Ugh).