What is the appeal of Batman that he has to be shoed into the silver screen every so often to refresh the minds of the American public as to what a great guy he is? It isn’t because of his cool gadgets and amazing car or his array of colorful villains. What makes Batman such an enduring character is that he is very human and very tangible: how many people can you think of who, at the tender age of 6, were already sitting on a billion-dollar inheritance when suddenly and unexpectedly their parents are murdered in cold blood in a dark, rainy back alley? I can think of at least ten. 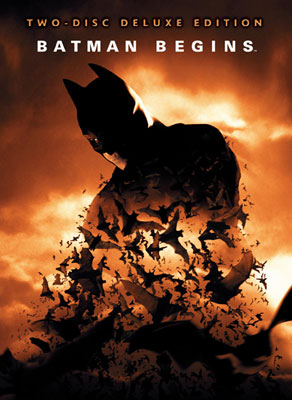 It is this realism that Christopher Nolan goes for in the latest treatment of the Dark Knight. It is a welcome addition which fills the gap between two extremes: Tim Burton’s incredibly raw and gothic Batman and Joel Schumaker’s neon-colored, nipple-suit-wearing Batman & Robin. In the comics, Batman’s tales are told as legends with no real continuity. It is the artistic license of the writer to portray Batman to the limit of his storytelling potential, exaggerating or downplaying his role in the most entertaining way possible. That is one reason why Batman works as a character and why he can be both dark and camp at the same time: no one knows the “true” Batman, only the legends. Christopher Nolan must think legends are for sissies, because he looked in the phone book and found the true Batman (he lives in Illinois).

Batman Begins portrays a Bruce Wayne who is rich and idealistic and yet lost physically and mentally after the death of his parents (a radical departure from the hardcore Bruce Wayne of the comics, who pretty much goes nuts after they get shot). With his unlimited wealth, he lives freely but cannot rest comfortably with the shadow of his parents’ death overhead. He doesn’t even have the better sense to stop seeing Katie Holmes. It is only through a slow process of seeing the long arm of crime that Bruce embarks on the fun journey of living amongst criminals to abstractly imagine taking them down one day. Don’t ask how, but he trains with ninjas. It’s pretty sweet. He then conceives the idea that propaganda, especially the propaganda of fear, is necessary to dispell the corrupt criminal bureaucracy. With a handful of supporters (butler Alfred, tech-guru Lucius Fox, and mustache-wielding Commissioner Gordon), the Batman is created as the personification of fear to the scum of Gotham City and the icon of hope to its citizens.

The acting is top notch with major props going to its main villains, Liam Neeson and Cillian Murphy, who add life to otherwise bland comic book egomaniacs. Cillian Murphy is especially creepy without mask, being the most androgenous male in the universe. Katie Holmes poses some problems as the nagging D.A. who seems to be the obligatory love interest, but she is essential in giving Batman moral propulsion. Perhaps the best acting award goes to the Batmobile, who is impressive to watch in motion and utters his lines with great consistency (“RAAAAR!”).

The music is not likeable at first since it lacks the fanfare of most hero-flicks, but it does have a certain rhythm to it that is noticeable as the movie progresses. Some critics have called it “mood music,” which I guess is the funky beats that bats listen to as they fly.

Batman Begins is the most realistic portrayal of an iconic hero since the year that Rambo filled the role of Sylvester Stallone. It is even more realistic than the Missile-Firing Batman you bought at Wal-Mart for $5.99 last week and you would be doing yourself a great disservice by not seeing it.