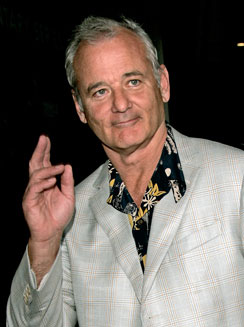 All of you Bill Murray fans out there have something to celebrate this fine Monday morning.  Reportedly, Murray will be taking on the role of Agent 13 in the upcoming movie Get Smart.

A film is in the works based on the 1960’s TV series “Get Smart” that originally starred Dave Ketchum as Agent 13.