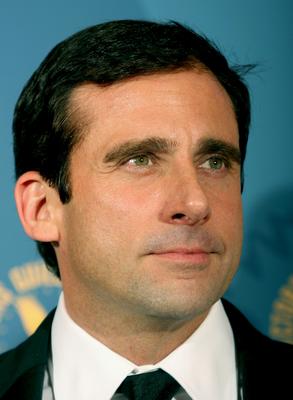 Steve Carell is already promoting 2008’s “Get Smart”. The folks at Sci Fi Wire got a chance to sit down with him and discuss just how his Maxwell Smart is going to be. He even reveals a little bit of plot info.

“The version that we’re doing is more of an origin story, in terms of where this character of Maxwell Smart came from, how he came to be a field operative,” Carell said in an interview on the set. “And so we just thought that would be an interesting way into the story, as opposed to just picking him up on his journey.”

“Essentially he’s a tech nerd,” Carell explained. “He listens to chatter, and he can assimilate information, and he’s very good at that. And he gets great reconnaissance done from the office. But his goal and dream has always been to become an agent. But he’s never stepped up. But some things transpire that enable him to step into that position. He finally gets his chance, at sort of an advanced age.”

I can’t tell you how excited I am about this movie. The casting is perfect, and the teaser trailer had me rolling.