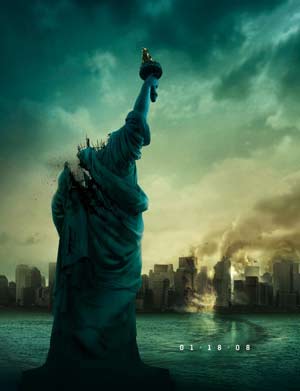 JJ Abrams is not only a genius when it comes to conceptualizing plots and premises for his shows and movies — he is also a master of viral marketing. Take for example his new project. Amid the fan buzz of a new Abrams movie a short trailer came out that basically revealed nothing but also placed so many tantalizing details that imaginations started to run wild. The trailer starts with a farewell party but the celebrations are short lived when a monstrous roar is heard, tremors are felt and electricity fails. Then the mayhem happens. Hurtling rocks from afar reach building and when some of them go down to the street to check out what the hell is wrong, the Statue of Liberty’s head comes hurtling towards them.

The movie project had no name so fans started calling it Cloverfield, after JJ Abrams’ production company. All kinds of speculations started flooding the net — from a reworking of Lovecraft’s Chthulu mythology, a new Godzilla movie, to even frigging Voltron. JJ Abrams did finally hint that it is going to be a monster movie — one that would squarely put its monster into the American subconscious the way Godzilla did for the Japanese.

With the movie to be released early next year (January to be exact), the first full trailer has finally been released. I’ll leave it up to you guys to form your own opinions. As for me, I am so sold on this movie.