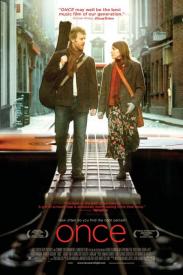 TheÂ little indieÂ film that could, Once, has been my favorite movie so far of 2007 & guess who else thinks so?Â

Steven revealed to USA Today that the film was an inspiration to him, saying, âA little movie called Once gave me enough inspiration to last the rest of the year.”

I love it.Â  And I’ll bet anything that quote ends up on the DVD release, don’t you?