Halloween is just around the corner and you’re probably already preparing for your Halloween parties. Halloween is one of my favorite holidays and ever since I was in college, I’ve made it a point to have a horror movie marathon on October 31. In fact, it has become somewhat of a tradition in my home that my old friends eagerly anticipate our annual horror movie fest.

One reason why my friends love the horror movie marathons I host is the diversity I provide them. They’re sure to watch a movie they haven’t seen before and not the tired old Hollywood horror movies that everyone knows about.

If you want to host your own horror movie marathon and want to give your friends a real movie treat, why don’t you get some of these great horror films that were made in Europe. They probably haven’t heard anything about these movies, which will make it a scarier experience for them. 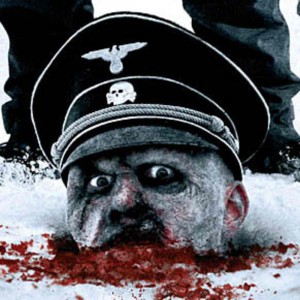 Zombies are the new vampires. The zombie genre has become quite popular these days so if you want to give your friends an extra special treat, give them a movie that’s got zombies that come from left field. And nothing gives you that feeling than Dead Snow. So what does this movie offer that other zombie movies don’t? Two words – Nazi zombies. It doesn’t get more left field than that. 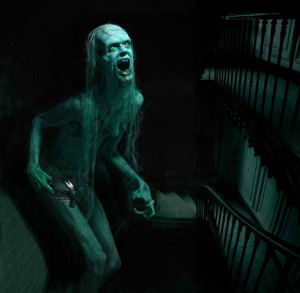 Rec has gained popularity because it was remade into that utterly disappointing Hollywood movie Quarantine. I’ve always maintained that if you want the best entertainment, go to the source, and Rec delivers like only the original can. Do check out the sequel, Rec 2 as well for more of the same horror goodness. The Rec series has been so successful that two more Rec movies are going to be released.

Forget American slasher movies, this French horror movie defines the genre for the new century. Merciless, gory, and absolutely serious, Haute Tension will dfrive to the edge of your seat with your hand firmly clasped on your mouth. 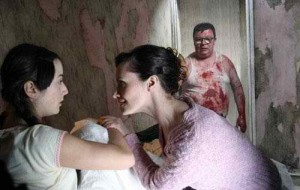 Talk of British horror the most common peg would be the old Hammer Horror films from thirty to forty years ago. But Mum and Dad is British horror turned on its ear. It is a deeply disturbing movie that evokes the twisted family tropes used in movies like The Texas Chainsaw Massacre or The Hills Have Eyes but with a twist that only makes this horror subgenre all the more frightful. 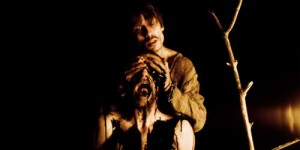 Sauna is a little known Finnish film that elevates horror to a philosophical discussion of evil, sin and retribution. Don’t expect gore or any overtly frightening scenes here. This is a quiet horror movie, if there ever is such a creature. But what it does successfully is to creep under your skin. This is a very unsettling movie that provokes deep questions about morality.