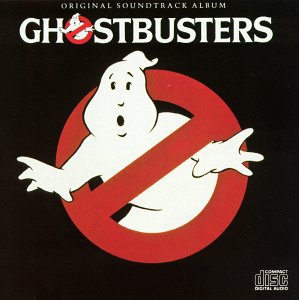 Wanna know a secret? I’m one of the biggest Ghostbusters fans you are ever likely to meet. I’ve seen every episode of the cartoons, I own all the comics, I used to collect the toys…the whole shabang. But a biased fanboy of the Ghostbusters franchise or not, I could never deny that this is a magnificent film in nearly every capacity. Ghostbusters has a little of something for everyone: horror, comedy, sci-fi, action, special effects, romance, great acting…everything. The frothing-at-the-mouth fan in me will tell you that it’s “the Perfect Movie”, while the subjective critic in me will tell you “it’s one of the best movies out there”. Either way, I love it.

Doctors Peter Venkman (Bill Murray), Ray Stantz (Dan Aykroyd) and Egon Spengler (Harold Ramis) have a dream: to found the world’s first paranormal investigations and eliminations agency. After being hurled out of Columbia University onto the streets of Manhattan, the trio put their plan into motion and set-up shop in a run-down firehouse, dubbing their new business, “Ghostbusters”. Elsewhere, at the Shandor Building on Central Park West, an otherworldly creature known only as Gozer is seeping into our reality through the apartment of Dana Barret (Sigourney Weaver). Dana seeks help from the Ghostbusters and immediately attracts the attention of Peter. They don’t hit it off too well as first, but not to worry, as the Ghostbusters soon find themselves up to their eyeballs in business as New York City is invaded by legions of malevolent spirits. Things get worse when Gozer sends its emissaries, Zuul and Vince Clortho, to possess Dana and her nerdy neighbor, Louis Tully (Rick Moranis). Once Gozer makes its way into our dimension it will bring with it the end of the world. Can the Ghostbusters stop it?

The plot of the movie has a heavy Lovecraftian influence about it, with an ancient multi-dimensional being gradually forcing its way into our world, not unlike Cthulhu or Yog-Sothoth. Of course, the Lovecraftian elements are played down with a heavy interjection of comedy. This movie is filled to the brim with jokes of all kind; it’s impossible to catch them all with a single viewing. The jokes are very clever, ranging from word-play, to character chemistry, to crude insults, to slapstick…but most importantly, perfect timing and delivery. The actors excel at delivering their lines; reacting to each other, the script and the environment at precisely the right moment to maximize the comedic effect. The humor in Ghostbusters in virtually an art. One of the lead contributing elements to the comedy is the cast and their chemistry with one another. They were all very familiar with each other, having worked together prior to Ghostbusters on television shows like Saturday Night Live and movies like Stripes. They just know how to get the best out of each other, and Director Ivan Reitman just knows how to get the best out of all of them.

The horror elements of the movie can go from silly to scary. When I was a kid the movie never scared me, I always had too much fun, but there are some very gruesome effects (like the zombie cab-driver or the library ghost). The special effects range from excellent to poor, to be honest. For the most part, the special effects are fantastic and can compete with most anything released today. However, the most glaring instance of bad effects are the stop-motion Terror Dogs, particularly the one which attacks Louis. The Terror Dog puppets look fantastic and frightening, but they lose a good amount of their edge with the clunky stop-motion effects. That, honestly, is my only complaint about the film.

Ghostbusters is a film where everything just comes together and locks into place. There are so many memorable characters, I didn’t even get a chance to mention them all. You’ve got EPA jackass Walter Peck (William Atherton), fourth Ghostbuster Winston Zeddemore (Ernie Hudson) and secretary Janine Melnitz (Annie Potts). Then there’s the soundtrack, packed with catchy 80’s tunes and an excellent score by Elmer Bernstein. And who could mention the soundtrack without bringing-up the chart-topping theme song by Ray Parker Jr.?

Ghostbusters is my idea of “the Perfect Movie”. It has something for everyone, it’s suitable for all ages and it just never gets old no matter how many times you watch it. Ghostbusters gets an A+. Like you couldn’t see that coming.