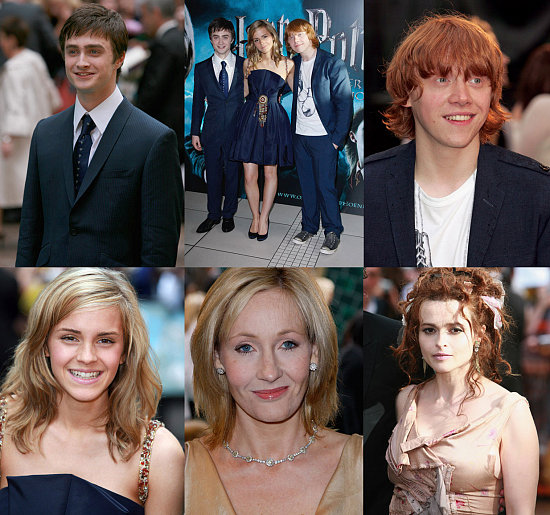 Can it really be Harry Potter’s fifth year at Hogwarts?  Man, they grow up so fast!

Harry Potter and the Order of the Phoenix UK premiere was held on the red carpet in London earlier in the week.  Everyone showed up for the gala including J.K. Rowling, troubled singer Lily Allen, Clive Owen as well as new cast member Helena Bonham Carter.

The movie premieres July 11th & we’re all itching for that day to come a little faster, aren’t we?