The Fast And The Furious film franchise is an extremely popular one, and it’s pretty likely it sparked many a bad boy to purchase fast cars and get them fixed up to go even faster and look even badder. However, where the movies make drag racing look glamorous (they get the hot women and they seem to avoid jail for the most part), it’s really simply just an illegal practice, more commonly known as street racing.

Street racing happens around the world, from Portugal to the United States. In most places is it illegal, and in all cases it is extremely dangerous, not just to the racers, but to other vehicles that may be on the road and even voyeurs and pedestrians. Music and movies glamorize this dangerous sport, making it look much safer (and less illegal) than it really is.

Unlike NASCAR and other car racing syndicates, street racing is completely unsanctioned and people that are caught drag racing or street racing end up fined or in jail, if they don’t end up dead or in the hospital during their race. 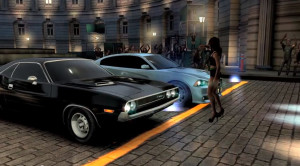 The Differences Between Real Life And The Movies

Sure, people die in the movies too, but no one is really dead, it’s just a character. Real life street racing deaths are real life and someone is lost to their family, children and friends, all for the rush of the race. People also die in sanctioned races, but there are many safety measure put into place in these cases that are meant to prevent too many deaths.

While there are tips and rules to drag racing, it’s still dangerous.The 1970s movie Death Race 2000 showed the dangers of drag racing in a somewhat more comical and laid back way with points for pedestrians that were run over by the drivers.

More so than the dangers to your life and body, since there are these dangers in stock car racing and all other forms of racing as well, is the danger of going to jail. Jail time isn’t free time, and it isn’t glamorous like many movies try to portray it as. Sure, you get meals and a bed, but you are also away from friends and family.

There are also dangers to your bank account. From the cost of keeping your vehicle moving fast, to the cost of fixing damages when you get into a wreck. Then you have possible medical bills, and if you go to jail you may lose your job and find it difficult to get a replacement.

Don’t let the fun and wild rides in the movies let you think it’s OK to drag race. It’s a bad idea. If you like to drive fast, consider a career as a professional race car driver!