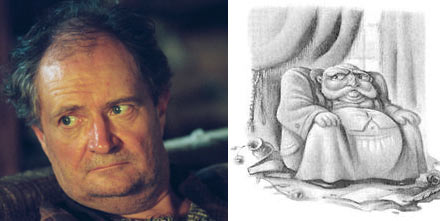 In his own words, Broadbent gives us a little more to chew on, saying, “Who am I? He’s called Horace Slughorn. He’s a retired teacher of magic who’s drawn back out of retirement because he’s got some secrets they need in the battle against the Death Eaters and he’s quite star struck as a teacher and he’s drawn back into the fold because he likes to notch up celebrity students, and he’s drawn back by Harry.”