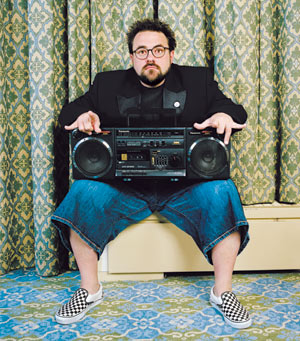 We were all a littleÂ more than tickled to hear a few days ago that Kevin Smith himself would be sitting in the director’s chair for the next episode of “Battlestar Galactica.”

But alas,Â Smith has suffered from a “scheduling conflict”Â & will no longer be directing an episode of the beloved show.Â  Galactica’s producer Ronald D Moore broke the news to fans & when askedÂ ifÂ the production teamÂ would be releasing a statement to he media, MooreÂ stated,Â âNo, they probably wonât. Something like that only registers on message boards.â

Ouch.Â  I guess Ronnie doesn’t believe in the transmission of news.