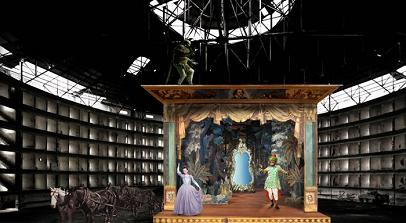 Another movie that has been affected by actor Heath Ledger’s untimely death is Terry Gilliam’s The Imaginarium of Dr. Parnassus.

Ledger was shooting the movie in London and was about to report back to work next week. He has already shot a number of scenes and this has become the dilemma of the producers and Gilliam himself. It was reported that the producers and Gilliam are discussing a number of options: Finish Ledger’s scenes through post production work just like what happened with Brandon Lee in The Crow, recast Ledger’s role, or cancel the movie.

But there was also another rumor that just started to circulate that Gilliam is wooing Depp to “continue” Ledger’s role. Yes, continue and not replace. Apparently, in the movie, Ledger’s character is supposed to fall into a magic mirror and this could be a good excuse to show that Ledger’s face changes. Anything can happen in the movies.