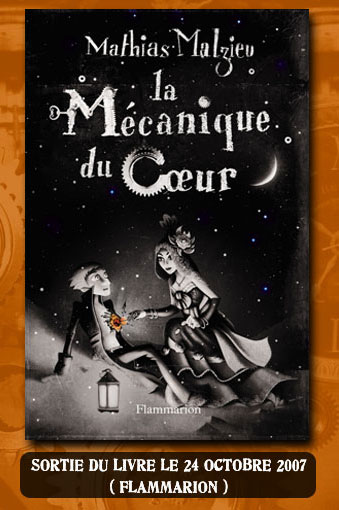 Say what you will about Luc Besson, but I think he is one talented and visionary filmmaker. he is also an accomplished producer who had a hand in many movies that have entertained me.

Lately though, Besson has been doing more work as a producer. He is actually good at it as he had a hand in many movies that I have come to love, among them The Transporter. Besson has also dabbled in animation, having produced Arthur and The Invisibles through his company EuropaCorp.

It was recently announced that his company has also acquired the rights to adapt The Mechanics of The Heart as a 3D animated movie. The movie is based on Mathias Malzieu’s novel La Mecanique du Coeur, and according to reports Malzieu himself will write the script and also co-direct the movie.

The story is set in 1874 when a young boy’s heart was replaced with a clock when he was born. He has been forbidden to experience any kind of strong emotions, most especially love, but of course, one cannot control the heart.

This sounds like an intriguing plot and and hopefully Besson brings his quirky take on this really interesting story.