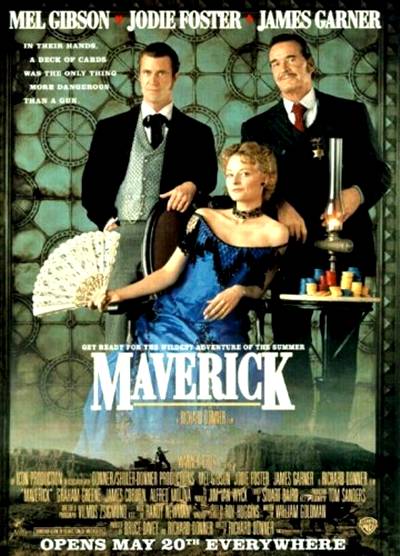 As if we haven’t had enough Mel Gibson to last us a lifetime already, Gibson is planning on bringing Maverick back to the movie theaters in a sequel.

Gibson & veteran actor James Garner are already in plans to do a sequel for the western comedy which originally starred Gibson, Garner & Jodie Foster.

Gibson reveals, “There’s talk of doing another Maverick. Garner and I have been looking at that for a while. It’d be fun to play that character again.

“I think audiences would probably like to see him again too. We really cooked the first time. We’ve got some great ideas–I think audiences will enjoy what we’ve got in mind. It won’t be happening immediately, but I dare say, it’ll happen.”

But, thankfully, Mel says he will not resurrect all his old characters, saying, “We’ve put Mad Max and Lethal Weapon behind us now. There’s nowhere to move with those characters. We were pushing it with the last ones.”