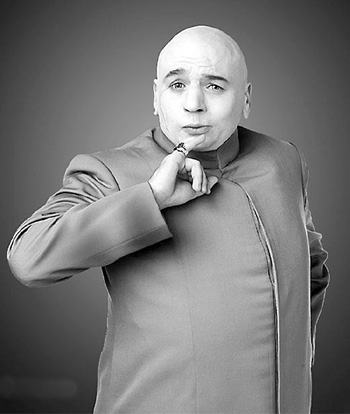 Comedian Mike Myers is set to reprise the role of super spy Austin Powers in the upcoming fourth installment of the spy series.

The next installment of Austin Powers, as of yet unnamed, will focus more on Dr. Evil this go-round.

Myers reveals, “There is a fully conceived idea for a fourth and I can just say that it’s from Dr. Evil’s point of view, so if you balanced how much it was Austin with Dr. Evil, it’s more Dr. Evil than Austin.”

What do you say?  Another Austin Powers movie a good idea or no?