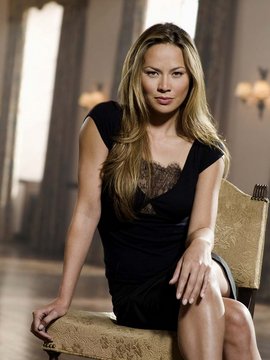 Sexy actress Moon Bloodgood — who I think is one of the most beautiful faces in Hollywood — is currently in the final leg of negotiations to play the female lead character in the new Terminator movie. Terminator Salvation: The Future Begins will be directed by McG.

Bloodgood will be starring along with Christian Bale, Sam Worthington and Anton Yelchin. The movie will be produced by Halcyon Co. and will be released by Warner Bros. tentatively on May 22, 2009.

Bloodgood could well become the breakout star of 2009. Aside from Terminator, she is also set to appear in the new Streeet Fighter movie as well as in What Just Happened?.