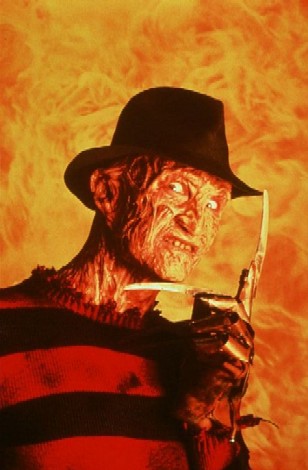 Horror fans take note — the iconic Freddy is coming back to the big screen.

Platinum Dunes and New Line Cinema has announced that the two companies will be collaborating to bring again to the big screen the Nightmare on Elm Street franchise. The very obvious remake of one of the most successful horror franchises in history and the birthplace of its most iconic figure, Freddy Krueger, will be a true remake. Why? Because Robert Englund, the actor who played Freddy in all of those Elm street movies, is said to not be involved in any of the production companies’ plans.

The planned new movie is, you guessed it right, a reboot and this means they will be looking for a new actor to play Freddy. No script has been done yet because of the ongoing Writers’ strike but it looks like this is one movie that is going to be fast tracked once all the production snags have been ironed out.