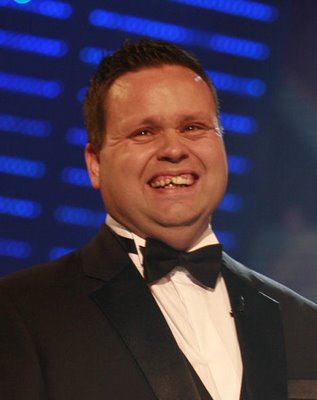 Last year, Paul Potts took the United Kingdom by storm by appearing in the Simon Cowell created reality show “Britain’s Got Talent”. the erstwhile cellphone salesman who was was quite conspicuous for his everyman looks and almost self deprecating demeanor wowed audiences with his talent. Apparently, beneath the shabby look is a guy who can actually sing opera — and sing it well. He became the Cinderella story that everyone lapped up. The underdog who was bullied as a child but became world famous doing something that he loves.

Now that life will be set to the big screen with the announcement that Paramount Pictures will develop a movie based on Potts’ life. Simon Cowell will produce film along with Michael Menchel and Steve Whitney from Relevant Entertainment.

If Potts’ first album is anything to go by, his biopic may become a hit, too. His debut album “One Chance” sold three million copies. He is now booked for 65 concert dates in over 13 countries.

Not bad for a cellphone salesman.