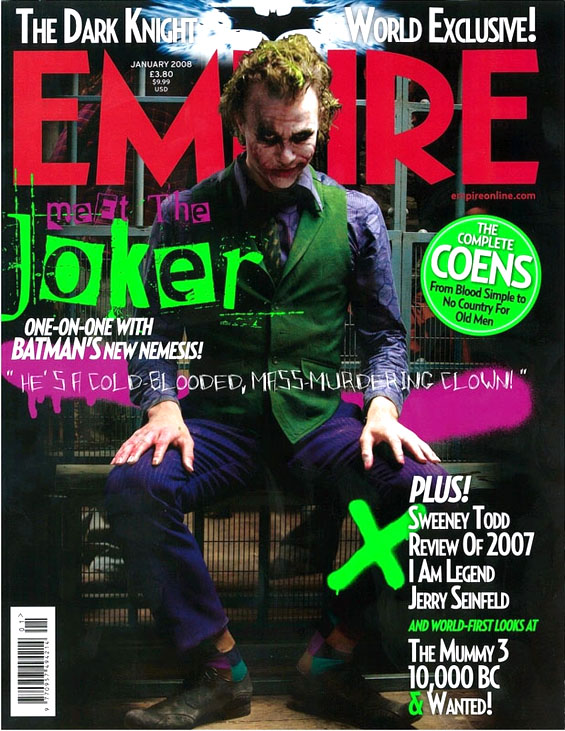 One of the biggest teases for the Batman Begins sequel is the look that the designers have devised for Heath Ledger. We all know that he will be playing the role of The Joker but other than that, and a very artsy, and dimly lit closeup of his face there were no other information given to his character, much less a more detailed picture of him.

But with marketing for the movie now in full swing photos of the main stars are now slowly appearing everywhere. First, Christian Bale’s new Batman costume was seen in a number of websites. It was, for the most part, a vast departure from the previous Batman costume that Bale wore for the first movie.

But the most anticipation was for the look of Ledger himself. In one teaser website, a countdown was being made on Ledger’s picture as The Joker. But Empire Magazine pre-empted the website by providing the first look at Ledger as Batman’s arch-nemesis.

Aint’ he so cool looking as The Joker? I can’t wait to see if he is going to do justice to the character.