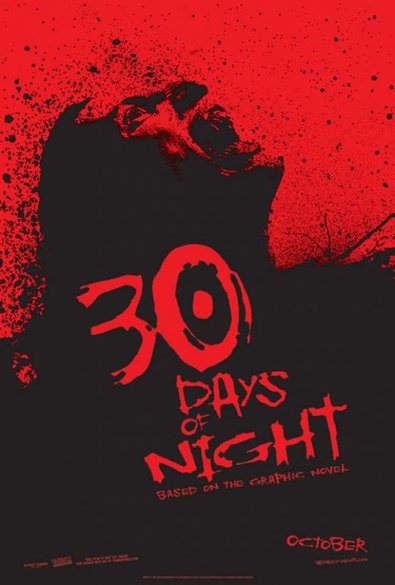 I’m a big comic book fan and I’m also a huge horror movie freak. With that combination a movie like 30 days of night would be right up my alley. This Josh Hartnett starrer was based on the IDW comic of the same name written by Steve Niles. I read the comic book years ago and I thought that Niles’ premise – a group of vampires descend on Barrow, Alaska, where the sun does not rise for 30 days — was a fresh take on the vampire mythos that it was worthy of the attention and attendant big screen treatment. Given, the comic book was not really well written but I still thought that a movie inspired by the comic was still a cool idea.

But the movie failed to live up to expectations, even though the bar that I have set on this movie was not even that high.

The biggest shocker here is that 30 Days of Night the movie actually made far less sense than the scattered storyline that Niles originally wrote. The movie decided to move away from the original source material by first deciding to give Sheriff Eben (Hartnett’s character) and his wife a relationship that is on the rocks. In this movie, they are not a happy couple. They have even decided to separate but was forced to work together because of the vampire invasion. The reasons for this may be to give the movie a bit of melodramatic gravitas and allow the characters a bigger dramatic playground to play in. But this has resulted in the characters looking and feeling more stilted and fractured. A movie like this is really not a good vehicle to insert domestic dramas in the middle of a supposedly brutal horror movie. The comicbook dealt with the internal struggle to survive and although the movie did touch it, you can tell that it was not enough. More time spent with the characters and how they dealt with their horrific situation would have made the movie more personal and powerful. But, hey, this is a Hollywood movie so I guess a character-driven movie is really too much to ask for.

Being a Hollywood movie, the regular moviegoer may think “at least the vampires will kick ass and the action sequences would be awesome.” But, sadly, even in this department the movie did not really deliver. The makeup effects for the vampires followed the very stylized art of Ben Templesmith, who was the artist in the comicbook. All the misproportioned faces, rows of jagged teeth and Joker-like mouths are Templesmith’s vision for his vampires. In this respect, the movie has managed to successfully distinguish itself from other modern interpretations of vampires. But the vampires in action are a different thing. There were snippets of brilliance that showed through in envisioning the vampires. They acted like true predators and were a menacing presence in the first half of the movie. But in the second half, everything just crumbled. Director David Slade just could not sustain the tautness of the first few times the vampires appeared. By the second half, you not only lose any fear for the vampires, you also stop caring for the humans that are fighting for their lives.

The logic jumps though are probably the most irritating aspect of the movie. In the comic, the vampire that instigated the attack on Barrow was different from the vampire that explained that they worked hard to bury the vampires into legend and superstition and that they should destroy the town in order to erase any traces of their attack. It was hubris and cold logic in action as embodied by two separate entities. But in the movie, the leader of the vampire pack was also the person who made the “speech”. This makes for one headscratching scene. If they think that they are jeopardizing their safety by attacking the town then why do it in the first place? Another logic jump is Eben’s “sacrifice”, knowing what the transformation does to the victim’s personality, Eben still went through with his hare-brained plan without thinking of the consequences. Why was he able to control his bloodlust and not the other “turned” victims? The same thing happened in the comicbook and I still had that same question.

The only really positive thing I can say about the movie is that David Slade has a keen eye. He has a very postmodern style that would really shine once he gets a good enough vehicle to showcase his talents. It has been reported that he will be directing the big screen adaptation of Neil Gaiman’s Neverwhere, which is an urban fantasy. Here’s hoping that Slade does a better job with that movie.