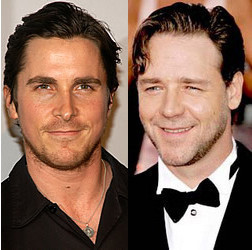 âRussellâs going to actually be in the new BATMAN movie, which is a big surprise and I want to reveal it to everybody right now.”

Well, jeez, thanks for that big revelation there, Christian.Â  Don’t think you could have mentioned who he’s going to be playing now could you?