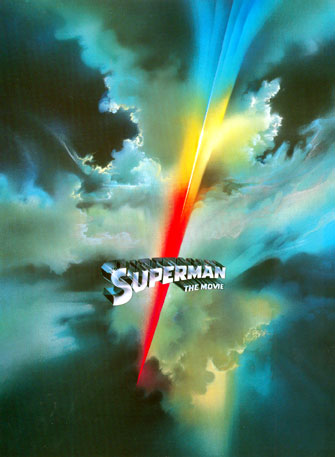 I will admit, when I first watched Richard Donner’s Superman: the Movie, I really didn’t like it. I grew up with the “Post-Crisis” DC comics (“Post-Crisis” is a term used to describe the DC Universe following the Crisis on Infinite Earths epic that restructured continuity) while this film was produced during the “Pre-Crisis” era of Superman. There are a few main differences between pre and post-Crisis Superman, the most notable of which are Superman’s power-level, Lex Luthor’s motivations and personality and the overall atmosphere of the fiction. When I first saw the film I wasn’t acquainted with Pre-Crisis Superman so everything just felt wrong. Upon repeat viewings of the film, coupled with a better knowledge of the earlier Superman comics, I came to appreciate Superman: the Movie a bit more.

As a baby, Kal-El was sent from his home planet of Krytpon shortly before a series of earthquakes destroyed the world. He arrived on Earth where he was found by the Kent family and raised into adulthood on a farm in Smallville. The Earth’s yellow sun charged his Kryptonian physique with a plethora of super-powers including super strength, speed, flight, invulnerability, heat vision, x-ray vision and arctic breath. After building a Fortress of Solitude in the North Pole, Clark Kent (Christopher Reeves) heads to Metropolis to become a reporter for the Daily Planet. He meets Lois Lane (Margot Kidder) and becomes immediately enamored. Donning the guise of Superman, he fights for truth, justice and the American way. His skills are soon put to the test as the mad criminal genius, Lex Luthor (Gene Hackman) plots a devious scheme to sink California into the Pacific Ocean.

Pre-Crisis Superman was decidedly more tongue-in-cheek and silly than the Superman I grew up with. Lex Luthor was a goofy Saturday Morning Cartoon villain rather than a scheming corporate executive and Superman seemed to have the power of a god and came up with new abilities every week. So, needless to say, Superman: the Movie rubbed me the wrong way when I first saw it.

However, during my second viewing, I had properly educated myself about Pre-Crisis Superman, so I was able to enjoy the film from a new perspective. Richard Donner admirably captured the tone of the Superman comics of the time, goofy and silly, yet works in moments of drama where appropriate; the death of Pa Kent weighing on Clark’s conscience being rather heavy.

The prologue of the film is probably my favorite part. They capture Kal-El’s Kryptonian origin magnificently, with Marlon Brando providing a memorable performance as the Man of Steel’s father, Jor-El. The bits with General Zod and the Kryptonian renegades might be a bit “confusing” if you aren’t aware of the plot of the sequel, though. The sequences in Smallville are also quite true to character, with teenage Clark struggling to keep his powers hidden from everyone else but cutting loose where appropriate.

It’s everything after the prologue that kinda irked me. It’s dated and not nearly as timeless as some fanboys (Alex Ross) like to think. It’s perfect if it’s the Superman *you* grew up with, but for people like me, it’s just not the Superman I recognize. He’s far too overpowered, culminating in his spinning the Earth in the opposite direction to reverse time. Basically, he plays God and rewrites history to his liking. How can ANYTHING be a threat after that display of power? But, this was true to Superman’s power-level back in the 70’s, where he could move entire galaxies with one hand and blow out stars with his arctic breath.

Probably the most jarring difference is Lex Luthor. Gene Hackman’s performance is fun and wacky and one of the real highlights of the film, but he’s unfortunately saddled down by two bumbling sidekicks: Otis and Ms. Tessmocker. Ms. Tessmocker is the gratuitous sex-appeal, while Otis is the oafish “comedy relief”. He’s like a one-man Bebop and Rocksteady, constantly spouting “Hey Mistuh Lootor!” and performing slapstick sight gags and outrageous wild-takes. It gets old FAST.

I can’t say Superman: the Movie is a bad movie or even a bad adaptation. It just hasn’t aged as well as many would like to think and the differences between the “classic” Superman and his contemporary counterpart tends to turn off modern fans. I give the film a B-. If you’re capable of separating Pre-Crisis Superman from Post-Crisis Superman, or if you’re just old, you’ll probably like this movie.