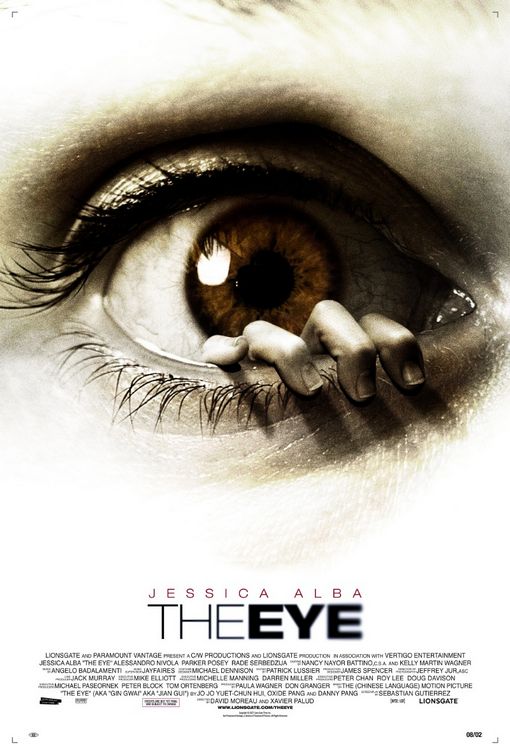 The Eye was one of the creepiest horror movies I’ve seen. When it was first released everybody was raving about it. The Pang brothers did an excellent job directing the movie and its lead actress Angelica Lee was so effective in her role as the blind woman who was given an eye transplant but starts seeing ghosts that she won several awards for her portrayal.

But just like any other successful Asian movie, a Hollywood remake is quite inevitable. Now, the film is finished and is scheduled to be released in February 2008. The remake now stars Jessica Alba as the blind girl, upping the sexy factor a thousandfold. Alessandro Nivola will play the role of the doctor who helps her. Parker Posey will also have a role in the movie.

The teaser trailer is now available online but I just have to post the poster for the movie, which I think is very cool.