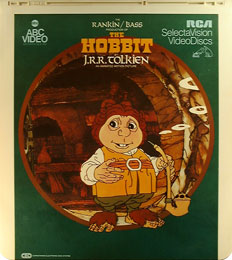 A made-for-TV movie produced way back in 1977 by Rankin-Bass, the Hobbit is an animated classic by every meaning of the word and by far should be considered “required viewing” for anyone interested in diving into Peter Jackson’s extensive Lord of the Rings trilogy.

Taking place before the Fellowship of the Ring, the Hobbit chronicles the adventures of Bilbo Baggins as he is recruited by the wizard Gandalf and a team of misfit dwarves. Together, they seek to dethrone the villainous dragon, Smaug, who has overtaken the Dwarf Kingdom in Lonely Mountain and all the treasures within. But just getting to Lonely Mountain is a murderous trek. Bilbo will have to escape the clutches of gluttonous trolls, paranoid wood elves, flesh-eating goblins, and even outwit the grotesque Gollum.

The Hobbit, based off the earliest book in J.R. R. Tolkien’s Lord of the Rings series, is one of the better animated fantasy films available and a very useful primer for someone who plans to spend a possible 13 hours of their life watching Peter Jackson’s blockbuster trilogy. The Hobbit is in many ways similar to the Jackson’s films, in spirit, and in many ways different. The Hobbit focuses more on the fantasy out-of-this-world elements of Middle Earth and less on the violent, darker tones and all the hardcore action they entail. The War of Five Armies at the very end is one of the shorter segments of the movie, and while there is some severely grim imagery for a “kid’s” movie (corpses, blood, monsters) the war would no doubt have taken-up 2 hours had Jackson directed the movie. Never-the-less, the Hobbit gives a very accurate adaptation of the book and is most-useful when it comes to understanding the back-story of the live action films.

While made for television back in 1977, the animation isn’t nearly as dated as one would expect it to be. Animated by Topcraft Studios, the people who brought us Flight of Dragons, the Last Unicorn and Nausicaa of the Valley of the Wind, the beautiful Japanese animation captures the characters of the book perfectly and is both smooth-enough and stylized-enough to hold-up to today’s standards. Director Katsuhisa Yamada (better known for his contributions to Urusei Yatsura, Gatchaman/Battle of the Planets and Super Dimensional Cavalry: Southern Cross) breaths much life into the story with magnificent use of lighting (particularly for fire effects and darkened caverns) and some very inspired character-direction.

The music is very moving and fitting, though “The Ballad of the Hobbit” by Glenn Yarbrough may seem a little silly especially after the parody seen in South Park. The voice-acting is also top-notch. The cast is not your standard Saturday morning cartoon line-up and lend both a serious tone to the story and a whimsical (but not goofy) tone when needed. A very special kudos should be given to the late Brother Theodore, the magnificent voice of Gollum. He defined the character for many generations and, in my honest opinion, is leagues superior to Andy Serkis’ performance in the Peter Jackson films, which often times bordered on “comic relief”. No, this Gollum seeps pure evil with every word he speaks and the scene in which he riddles Bilbo (while unfortunately shorter than it was in the book) is the scene most-often remembered by fans.

The Hobbit is a wonderful fantasy film and can be joined with Peter Jackson’s live action trilogy most perfectly (at least until they make a live action version of this story, anyhow). At the very least, it is the best attempt at animating one of the Lord of the Rings books, with Ralph Bakshi’s “Lord of the Rings” and Rankin-Bass’ “Return of the King” being particularly dreadful.

I’d give it an easy A. A great kid’s movie (though a little scary) and a great fantasy story for any age.