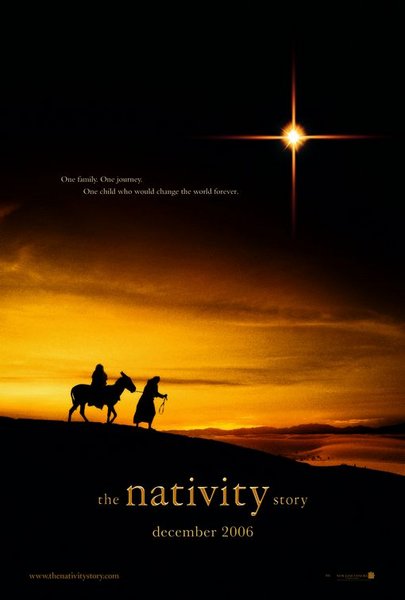 There are many ways in which to watch The Nativity Story; as a religious story full of instruction to one’s life or simply as an entertaining movie.   I set out to watch this age old film for the latter, but apparently someone forgot to add the entertaining part of that equation.  Oops.

As a movie, the story of the nativity is a bit stale, a bit boring, a bit plodding & had a certain, unmistakable feeling of exploitation.  I’m not sure if it was director Catherine Hardwicke’s intention to ride the coattails of The Passion of Christ, but it certainly emits this feeling.

Screenwriter Mike Rich was in charge of this project, and I have to admit he fell short.  This religious narrative that every Christian knows like the back of their hand, falls straightforward into a very uninteresting & poorly developed film.  The dialogue seems contrived, I want to go to a movie & transcend reality, not know that I’m watching 1.35 hours of terrible character development & unseemingly awkward dialogue.

I know I probably went into The Nativity with the expectations of The Passion, and that was my fault, I don’t think another religious film will be that engrossing for some time.  But I did go in expecting to be entertained at least, to be held, in the Latin sense of the word, dammit!

The movie opens with teenage Mary (Keisha Castle-Hughes) working the fields & fretting about tax collectors that are worrying her father.  She later learns that she has been betrothed to Joseph (Oscar Issac) who is a “good man”, though Mary does not want to marry.

Mary is shortly then visited by Archangel Gabriel (Alexander Siddig) who tells her that she will become impregnated by the Holy Spirit & give birth to the Son of God, Jesus.  Wow, now that had to be a big surprise!  And really, the rest of the film follows the story most everyone knows, will a little more staleness on top.

I would not recommend seeing this movie, just pick up the old story if you like & call it several bucks saved!