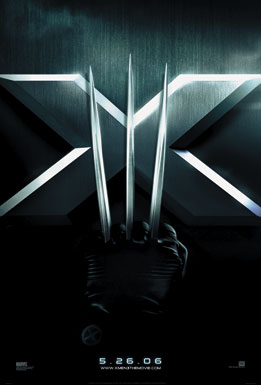 Accuracy and faithfulness are two words that matter when it comes to adaptations. After all, who wants to see a black Catwoman or a hermophroditic Godzilla or organic web-shooters? I sure don’t give a crap. But people do and they tend to be rabid fans who freak out the patrons in their local bookstores with their rants of continuity and why Phoenix is an alien force from another planet and not a mutation or dual entity. Don’t get me wrong, I think there is a time and place to do that type of thing. It’s called “never.”

Instead, what these people should be focused on is “precision.” Accuracy and faithfulness are criticisms that should be levelled towards movies of great importance such as historical epics, biographies, documentaries, and Rambo. These are the films that will immediately be taken hand-over-fist by everyone, not just the people who have a vested interest in what they want this movie to deliver. Those who know nothing about the movie may even take in the movie’s 2-hour lesson as a veritable fact: that’s why you want the lesson to be more worthwhile than a college lecture. Precision, on the other hand, differs from accuracy and faithfulness because adaptations of fiction necessitate deviations from the core material. The entire reason why you’d have an adaptation is either 1) because the people involved want to see THEIR version onscreen or 2) because a movie is the prime way to give tangible reality to a popular media that has captured the minds of its audience. In either instance, the tangible world of the film serves as an imperfect vehicle for the not-yet-constructed idea: fellas, it isn’t going to be accurate. But for what it’s worth, you hope it’s precise enough to make sense in its own right.

So it comes down to Brett Ratner’s X-Men 3: The Last Stand. What works and what doesn’t?

What works is how well Brett Ratner grabbed the reigns of the X-Men carriage and took it to Dodge City without straying from the formula that Singer had utilized in the previous films. It isn’t an accurate film but as we mentioned before (to those paying attention), accuracy is a ridiculous concept in this light. Without spoiling anything, I will say this much: Jean Grey comes back from the dead as the ultra-Carrie-fied multiple-personality firebrand known as the Phoenix and, before the end of the film, two other prominent X-Men take a dirt nap. Late at night, if you listen really carefully, you can hear the sound of damned screaming fanboys coming from your local theater. Yes, people were mad that the Phoenix wasn’t an alien from the outer reaches of the universe. No, I’m not kidding for those of you who have never read an X-Men comic. Yes, Cyclops gets about 2 minutes of screentime. But guess what? For the breakneck pace of the script and the time constraints of the movie, it certainly works.

Warren Worthington III (Ben Foster) is scared because his dad’s developed the cure for mutants and really, really wishes his boy would take the cure. Magneto (Ian McKellen) is mad because the thought of a mutant cure is insulting to him. Xavier (Patrick Stewart), Storm (Halle Berry), and Wolverine (Hugh Jackman) freak out because it turns out Jean Grey (Famke Janssen) is alive and Cyclops (James Marsden) stepped out for fresh air and never came back. Bobby Drake (Shawn Ashmore) is caught in a high-school love triangle between the whiny Rogue (Anna Paquin) and the 12-year old Kitty Pryde (Ellen Page). Beast (Kelsey Grammer) is blue! That’s the plot in as best sense as I can make. With all that’s going on within the hour and forty five minutes of screentime that the movie spans through, you can expect that plot and character development would be stretched pretty thin. And it IS. With little time to actually focus on a particular dilemma and no time at all to stop and care about anybody, Ratner and his team are able to kill off scores of mutants without the audience really giving a flip (or flipping out when fans find out how easily their favorite nerd heroes are whacked).

But in its place, Ratner has a forcefully driven movie that relies on speed and effects that easily outmatched the purely utilitarian, practical usage of mutant powers that made the first 2 films oh-so-clever. No: here, for the first (and maybe not last) time we get to see mutant versus mutant in a handful of the greatest geeky free-for-all fisticuffs ever to be lifted from comic to screen. Storm does her twirly thing and fights off Matrix-rejects with lightning, Iceman and Pyro (Aaron Stanford) finally go at it with ice and fire, and Magneto gets to crumple cars and rip out bridges in the most impressive display of his magnetic powers yet. It’s the feast of the senses that we didn’t quite get in the first too installments.

Still, something is lacking in the plot department. It’s incredibly watered down and does not leave you with the emotional punch to the gut that the good staple of Marvel movies usually does. But that’s not the fault of accuracy: that’s just the fault of the movie’s attempt to get as much done as possible. As a whole, X-Men 3: The Last Stand serves its purpose as the front-runner of the 2006 summer blockbuster season and as an adequate installment to the series. It barely passes as a worthwhile conclusion to the series, however… but since there’s a definite possibility for a sequel and spin-offs, it doesn’t have to be.

Acting: B
Aesthetics & Entertainment: A-
Storyline: B-
Recommendability: B+

So what’s the best way to describe “X3”? “Better than the first movie, not as good as the second movie”? Perhaps. “Short on character-development, brimming-over with action”? I suppose. “Really fun movie with tons of comic book fanwank”? Absolutely.

Before I get too far ahead, the plot is like so; the evil Magneto, Master of Magnetism, is gradually forming a new Brotherhood of Mutants. Meanwhile, the Worthington Corporation has developed a cure for the genetic mutation which occurs in mutants. Magneto is none-too-pleased and plans an all-out assault on mankind. His secret weapon? The recently reborn Jean Grey, or as she’s calling herself now, the Phoenix. So the X-Men need to stop Magneto from doing something awful and hopefully turn Phoenix back into Jean.

The plot sounds more complex than it really is (if it even sounded complex at all). The movie is structured like a Saturday morning cartoon, mostly going from one fight to the next, with scenes not transitioning with much cohesiveness and characters never really breaking out of their comic book template. And some don’t even fulfill their template at all (sorry, Colossus). Yet, beneath that seemingly major set-back, is a fun comic book movie that kicks the crap out of the likes of Daredevil, Elektra and The Hulk.

While several major cast members of the previous two films are done away with rather early in the movie, they are “replaced” by several new Mutants with enough charisma to keep you in your seat. Kelsey Grammer’s rendition of the Beast is so spot-on it’ll bring a tear to every fanboy’s eyeball (especially when he says a certain catchphrase). Angel probably comes out the weakest of the bunch, never really accomplishing anything or even interacting with the X-Men for more than a few lines. Kitty Pryde, however, is an entertaining character to watch and her relationship with Iceman adds a bit more romantic drama, considering he’s supposed to be hooked-up with Rogue.

And on the villain side, we have the likes of Juggernaut, portrayed by Vinnie Jones, who does a much better job than you could ever possibly expect. However, like Sabertooth in X1 and Lady Deathstrike in X2, all Juggernaut’s personal history with any of the X-Men is wiped clean. He’s mostly there for visual entertainment, and his game of “hide and seek” with Kitty Pryde at the very end is one of the most entertaining parts of the movie.

As for you die-hard comic book fanboys, there’s plenty of references to chew on. Minor cast members and supporting characters from the comic either make cameos, walk-ons, fill-in group shots or get a few lines of dialogue. That includes some particularly obscure ones, too. There’s also plenty of catch-phrases, both from the comics and from a certain internet phenomenon, that are worked into the movie a great deal better than “It’s clobberin’ time” was in the Fantastic Four movie. And, on top of all that, you’ve got mainstays like the Danger Room and the Fastball Special to keep you entertained. Some fanboys will no doubt moan and bitch about Kitty not being called Shadowcat, and others will moan and bitch that she’s not called Sprite, while still more will moan and bitch that no one suggested she be called Ariel like they did in the comics. But it’s best to ignore these types of “fans”.

Is X3 a great movie? No, X2 was a great movie. Is X3 a lot of fun and packed with comic book references and Mutant action? Correct answer. There are some definite leaps in logic and some poor plot choices in regards to some of the characters, but nothing to ruin the movie completely or bring it down to “Fantastic Four”-level.

X-Men 3: the Last Stand is worthy of a B-. Yeah, it might’ve been better if Bryan Singer had directed it instead of Brett Ratner, but he did a decent-enough job and there’s enough material present to keep most anyone entertained on some level.