Among all of the comicbook based movies to be released this year, the one I am most excited to see would be Hellboy 2. I’m a big fan of the comicbook and its creator Mike Mignola and I think Guillermo del Toro and Hellboy are a match made in heaven. The director’s unique vision complements the Hellboy universe so perfectly that you would think that the character actually came from Del Toro’s imagination and not from Mignola’s.

I also love the plots that Hellboy is involved with. It’s X-Files with superheroes — and that is a great combination indeed.

To whet the appetites of Hellboy fans, new pictures were released and it really gives viewers a great idea of what to expect in terms of the visuals and style. 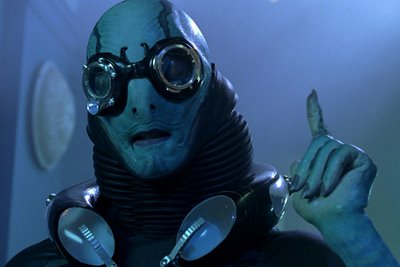