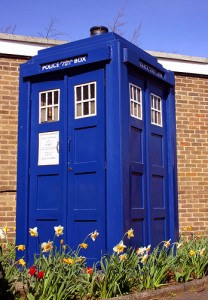 According to Yates he will jump on board not just as a director but also as one of the creative forces that will develop the film from the conception stage onwards. Asked about his plans for the Dr. Who film, Yates shared that it will be a completely new Dr. Who film and will not be related at all to the smash hit Dr. Who series that began again 2005. This means no Eccleston, Tennant or Smith Dr. Who characters. The movie will still be developed by Worldwide Productions, the same people who developed the new Dr. Who series.

Another implication of what Yates revealed is that Dr. Who series writers Russell T. Davies and Steven Moffatt will not be involved in the development of the Dr. Who movie. This may get some very mixed reactions from fans. While some may welcome another fresh take on the Dr. Who mythos, others may scoff at the non-involvement of Davies and Moffatt – especially the latter, who has written some of the most memorable episodes in the series.

Yates said he and his team are currently looking for writers who will get involved in the project. One of the most important things to him, he shared, is to make sure that there is a definite “British sensibility” to the script and to the movie.

Expect to see the Dr. Who movie in about three years.