Ben Stiller is reportedly interested in a new movie that was once offered to Eddie Murphy.

Apparently, Stiller is currently negotiating to star in the Universal Pictures movie Trump Heist. The movie, which may be retitled Tower Heist, will be about a group of con artists who think up of a plan to swindle the people who live in the upscale Trump Tower in New York.

As I have previously mentioned, Eddie Murphy was attached to this movie as the lead star. He was supposed to co-star with other black comics Chris Rock, Chris Tucker and Dave Chappelle. But with Stiller now taking over, the script is being rewritten and a new direction is going to be taken.

Brett Ratner is said to be attached to direct the movie.

In what could be a very huge career change. Ben Stiller is in talks to direct the drama The Trial of the Chicago 7 for Dreamworks.

The movie is about the 1968 riots of the Democratic convention and its aftermath. This will be Stiller’s first time to direct a drama. He has been a very successful director of comedies like Zoolander and Tropic Thunder. But he does have the eye for making movies of a different bent as he has also directed the Gen-X movie Reality Bites and the dark comedy The Cable Guy. He also starred in the drama Permanent Midnight. 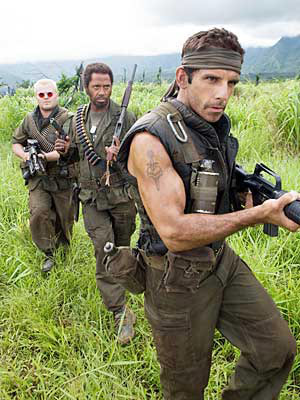