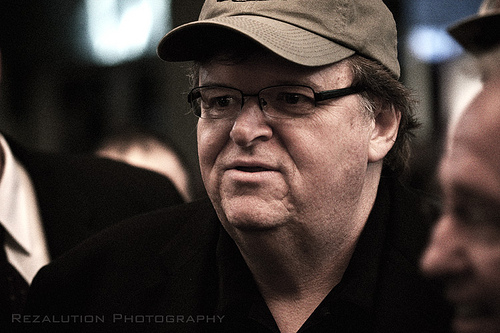 By the time Michael Eisner vetoed the distribution of the film, Miramax had already given Michael Moore $6 million. This was to be bridge financing that Miramax would recover when the film’s distribution rights were sold. The $6 million more than covered the costs of making Fahrenheit 9/11. Moore hardly had any expenditure for the film. No one but himself was paid a salary and much of the footage he obtained at little or no cost from film libraries. After seeing a rough cut of the film, Weinstein asked Eisner to reconsider his decision. After getting a report on the content, Eisner declared that Disney would not change its position on distributing the movie. END_OF_DOCUMENT_TOKEN_TO_BE_REPLACED