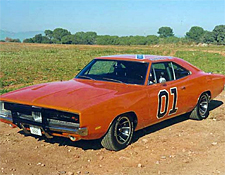 2. The Batmobile – Holy batmobile, Batman! There have been several incarnations of the Batmobile over the years, but we’re talking about the one featured on the 1966 live action Batman television show. END_OF_DOCUMENT_TOKEN_TO_BE_REPLACED