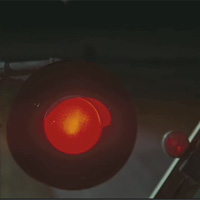 All we know is that there’s a brutal train wreck in Ohio in the late 1970s, and onboard was some sort of Air Force cargo.  Whatever IT is, it survives the crash. END_OF_DOCUMENT_TOKEN_TO_BE_REPLACED

JJ Abrams is again knee-deep in a movie that, in his hands, could be another wonderful project.

Paramount Pictures has recently bought the rights to a New York Times article about a house in New York where secret panels and hidden clues were discovered by the family. These then lead them to a scavenger hunt of sorts right inside their own house.

Abrams and his Bad Robot productions will be produce the movie. Already, Maya Forbes and Wally Wolodarsky has been tasked to write the script.

The real story is actually quite endearing. The family asked that their Fifth Avenue home be gutted and rebuilt completely. But the architectural designer who headed the project decided to leave behind an assortment of hidden messages, games, and treasures that would point them to more clues that will help unravel a mystery. The four children of the couple must surely think their parents are the coolest in the world.