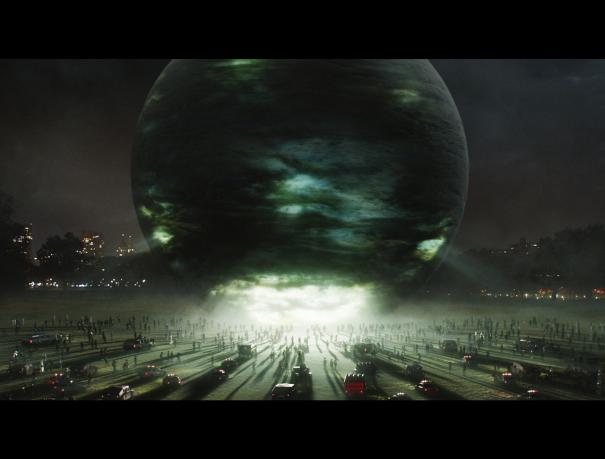 Promotions for the upcoming sci-fi remake The Day The Earth Stood Still is slowly heating up. The first salvo is a series of photos from the movie itself. I have posted one of the more awesome visuals in that series here.

The movie stars Keanu Reeves as the alien Klaatu. Co-starring with him is Jennifer Connely. 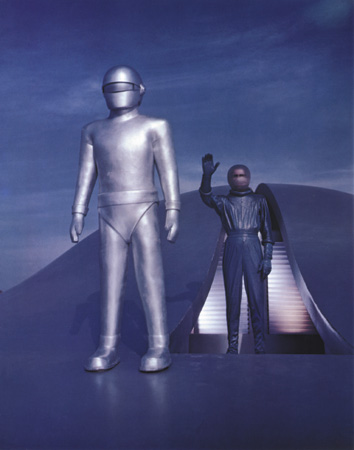 The remake trend in Hollywood is well and truly alive with the recent spate of new movie projects being announced. Just recently, the classic sci-fi movie The Day The Earth Stood Still was remade and will have a December 12, 2008 theater debut.

The new movie will star Keannu Reeves as Klaatu, probably one of the most memorable movie sci-fi characters of all time. Reeves, in an interview, shared that the remake will also deal with issues that are quite different from the original movie. The 1950’s original dealt with war and the cold war situation, while the new movie will have an environmental bent to it.

Reeves actually explained the new plot well enough. “The first one was borne out of the cold war and nuclear détente. Klaatu came and was saying cease and desist with your violence. If you can’t do it yourselves we’re going to do it. That was the film of that day. The version I was just working on, instead of being man against man, it’s more about man against nature. My Klaatu says that if the Earth dies, you die. If you die, the earth survives. I’m a friend to the earth.”

This new slant from being a peace lover to tree hugger will surely be one of the most criticized aspects of the movie. I can already hear the collective groan of purists who think that Klaatu has gone completely gay for the environment.