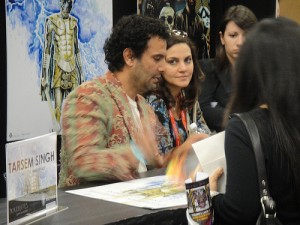 Killing on Carnival Row is a fantasy movie with the script written by Travis Beacham. The script was bought about six years ago by the producing tandem of Arnold and Anne Kopelson. In fact, Killing on Carnival Row is Beacham’s first sold script. He will go on to write the scripts for the Clash of The Titans remake, Guillermo del Toro’s much anticipated Pacific Rim, the planned remake of Black Hole and the reimagined 20,000 Leagues Under The Sea. END_OF_DOCUMENT_TOKEN_TO_BE_REPLACED